HE KILLS AND MAKES ALIVE. AT THE MENTION OF HIS NAME EVERY KNEE BOWS, EVERY TONGUE CONFESS. EVEN THE WORST DEVIL BOWS, SUBMITS, TREMBLE AT HIS VOICE. This simply explains who is God

1 In the beginning God created the heaven and the earth.

3 And God said, Let there be light: and there was light.

4 And God saw the light, that it was good: and God divided the light from the darkness.

5 And God called the light Day, and the darkness he called Night. And the evening and the morning were the first day.

6 And God said, Let there be a firmament in the midst of the waters, and let it divide the waters from the waters.

8 And God called the firmament Heaven. And the evening and the morning were the second day.

9 And God said, Let the waters under the heaven be gathered together unto one place, and let the dry land appear: and it was so.

10 And God called the dry land Earth; and the gathering together of the waters called he Seas: and God saw that it was good.

11 And God said, Let the earth bring forth grass, the herb yielding seed, and the fruit tree yielding fruit after his kind, whose seed is in itself, upon the earth: and it was so.

12 And the earth brought forth grass, and herb yielding seed after his kind, and the tree yielding fruit, whose seed was in itself, after his kind: and God saw that it was good.

13 And the evening and the morning were the third day.

Moses was forced to ask God who he is, and God told him

God is the alpha and omega

The beginning and the end, before him, none else, and after him none else. This means he is the beginning of everything that exist, the creator of the entire universe and the things there in including Satan.

It means nothing can do nor undo Him

God created all the angels and Satan was one of them

Who is God in The Bible

Nobody knew who God was till Jesus came; Jesus himself testified of that

Luke 1022 All things are delivered to me of my Father: and no man knoweth who the Son is, but the Father; and who the Father is, but the Son, and he to whom the Son will reveal him.

LUKE 1023 And he turned him unto his disciples, and said privately, Blessed are the eyes which see the things that ye see:

Jesus is the only one that came and explained what God looks like, he gave us the true picture of who God is. He told the disciples when you have seen me, you have seen God, in other words I am God, I and God are one.

Jesus did not stop there he said all of us that believe are born of God; we are now God’s children

Abraham, Isaac, Jacob, Moses and the entire Israelites only saw miracles, they saw the acts of God, and they believe.

The arrival of Jesus was the conception of the word. The bible says faith comes by hearing, and hearing by the word of God.

The Old Testament people never knew God through knowledge, they only saw the acts, miracles, and yet most of them believed.

The difference is now, God reveals himself through his word to us.

The truth is, God is a spirit, you cannot use your natural or head knowledge to truly understand who God is, and it is only spirits that understand spirits.

After you are born again, I mean born of God, or born of the spirit, then the spirit of God in you will help you to understand who is God, you cannot even understand the bible except with the help of the Holy Spirit

Turn Men messages are being inspired by the Holy Spirit. If you spend time to meditate and pray on these messages, you will be empowered by the flood of light from God that will heal, restore anything lost and most importantly build your spirit to dominate the world as a son.

You May Also Love To Read;

How to find God: 1 And Only Step

The Importance Of Knowing Jesus – God in The Flesh

How To be Born Again 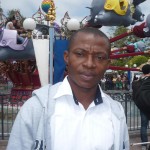